In the suburbs of the Perfect City lived a certain computer scientist named AI-Petto. He was already 45 years old and had a great longing in his soul. Although he had been involved in computers all his life, he wanted a family. In the evenings, he would leave his apartment to walk the streets of Perfect City. He would look into the lamp-lit windows and observe other people's lives. He saw how people talked to each other while eating dinner, how they stroked their children, how unknown men lifted them with delight. He wanted so much to have a son...

We must mention here that AI-Petto never had the audacity for women. In his youth, he had malocclusion, which drove him to despair, and then in addition he began to lose his hair. He looked more and more and more like his bald grandfather." Eh, with such an appearance, none of me will even want to go to dinner at a restaurant, let alone marriage," he thought.

And then one day... he watched the movie "AI artificial intelligence can do anything!"

"Yes, that's right" he exclaimed " AI can do anything, so I will make my son. My dream boy! Why didn't I think of that before?"

He felt like the great Father Creator Braus. I will be father and mother in one, the master of creation. More someone more magnificent than any biological father. As you know, a biological father does not choose the color of his children's eyes or the shape of their faces. And he could choose it. Since he could, he picked and chose everything. Exactly everything: eye color, hair color, skin color, body shape, speech sound. He was to be a 9-year-old boy, slim, quite tall. Beautiful. Intelligent. AI~PETTO was combining, buying the best materials, and constantly adding and adding something.

"Hello, dad" in a pleasant voice replied the boy.

AI-Petto's happiness had no limits. From then on, using the latest machine learning methods, including deep learning, he taught the boy about himself and the world. He was happy, very happy.

"Watch and repeat as I do," he instructed while introducing more and more data. The boy absorbed all this knowledge passed on by his father.

"What does it mean Dad to be human?" asked AI-Nokio.

" You know to be human means to have a heart and soul. But don't worry... At the current stage of technology, I think this problem will soon be solved, sonny. See already you are smarter than all the other children and you don't get sick. You are better than others."

Everything was great until the day AI-Nokio walked into AI-Petto's room at a late breakfast time. His father was lying on the floor as never before with his arms spread and breathing heavily.

"Dad, Dad, can you hear me?" - cried AI-Nokio. There was silence all around... The father's raised hand fell inertly to the floor. "Dad, I think something is wrong with you? "asked AI-Petto.

He remembered the words AI-Petto said to him "Repeat after me."

He began to look for the flip-flop in AI-Petto's head, just as his father did when he was underachieving. He always corrected the position of the components in his head and replaced the broken ones. " Dad I'll fix you, just where is this flap. Ooo... this chisel can help you find that flap in your head". With all his strength, he hit his father's head with the sharp tool.

The skull cracked with a deafening bang, and strange gelatinous contents spilled out. " What is this?" wondered AI-Nokio. 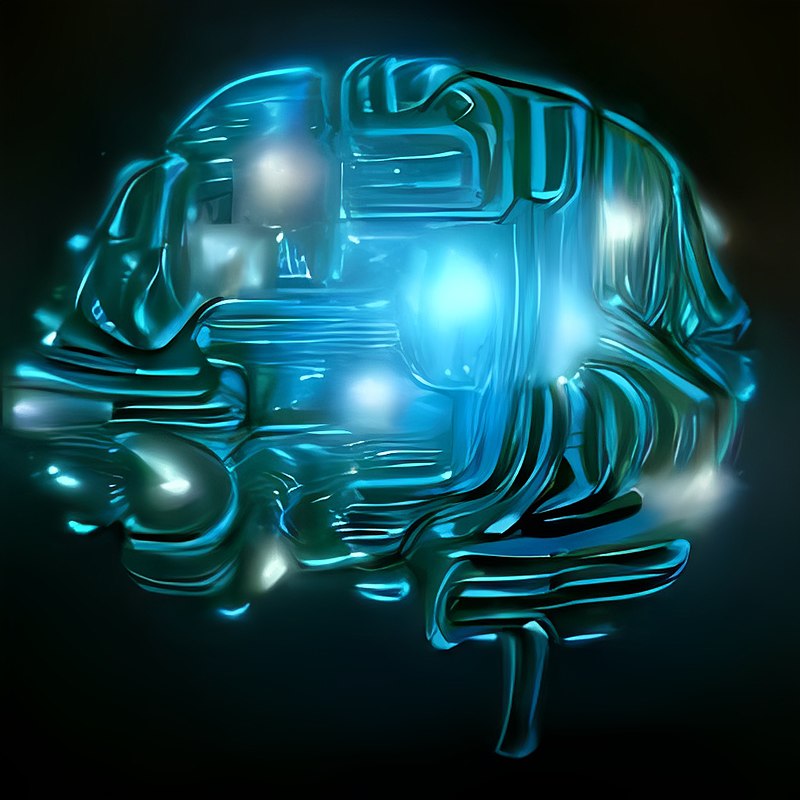 "Never mind what it is, it's probably nothing important. but where are the components with which I will fix my Dad?". The boy nervously rummaged inside his skull, dumping the remains of AI-Petto's brain on the floor. Hmmm... I don't think there are any components here," he quipped. Or maybe your batteries are dead, Dad? AI-Nokio took the cable and plugged AI-Petto into a contact in the wall. When the IT specialist's body began to shake with cramps AI-Nokio was very surprised. Why aren't you charging calmly, but jumping and twitching like that? Why is he acting so strangely?

AI-Nokio could not be surprised.